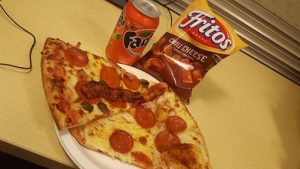 Mike Brown & Ferguson (reposted from 2014)
“At some point somebody is going to have to “discipline” then rescue the black underclass, and not just in Ferguson. This is an issue in many American cities.” -jefferyTV

” Virtually all the witnesses saw Brown’s hands raised in some fashion, according to the transcripts, but there was wide disagreement over what this meant. One witness who thought Brown was charging said she saw his hands balled up into fists. Others thought the raised hands were a gesture of surrender, though some of these witnesses said they were not lifted in the traditional way, with the hands high and palms facing forward. Others thought Brown had touched a wound on his body and raised his hands in shock. ” -Washington Post

“Hands up, don’t shoot” probably didn’t even happen. The symbol for the movement to indict Officer Wilson is based on witness testimony that has been discredited

No mention of the evidence